There was a time when the Boston Celtics were so dominant it seemed they won the National Basketball Association Championship every season. With Red Auerbach at the helm, and Bill Russell leading the charge along with countless other all-time-greats, this hallowed city knew nothing of losing. Between 1950 and 1970, the Celtics won 11 rings, and cemented themselves as the most successful organization in all of professional sports. 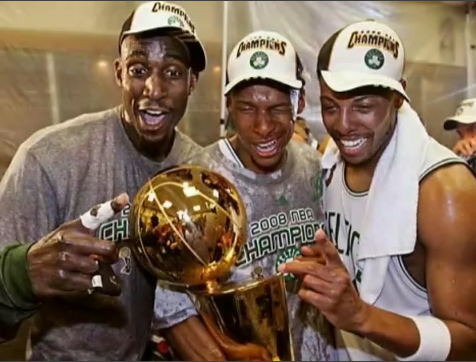 However, after Larry Bird, Kevin McHale, and Robert Parish started a dynasty of their own in the early 80s by winning three championships, the Celtics instantly disappeared into oblivion.

Most of the new generation of fans felt disconnected with this new wave of players, who, ultimately, paled in comparison to the their predecessors. After Bird’s retirement, things looked rather bleak for this once heralded franchise. END_OF_DOCUMENT_TOKEN_TO_BE_REPLACED

When it comes to deciding the Most Valuable Player in each league in Major League Baseball, certain things come into play. Many of the sports writers from around the country who cast these votes have guidelines for whom and what makes a player the MVP.

Many believe the person has to be on a contending team throughout the season, and that player has to be able to carry them throughout certain periods of the long, 162-game marathon. Statistically, the player has to be near the top of every category, while playing enough games to warrant consideration.

Red Sox second baseman Dustin Pedroia fits all of the criteria and more; yet surprises everyone by doing it. Listed at 5-foot-9, he has always been looked at as someone who couldn’t get it done in the big leagues. Even as early as last spring when he first made his MLB debut, people were calling for his replacement. END_OF_DOCUMENT_TOKEN_TO_BE_REPLACED

The Suffolk Men’s hockey team opened up its season this past weekend with a couple of exhibition games in the Dunkin Donuts Tournament at Becker College. The men’s team prepares for another long, grueling season after finishing last year with a 7-15-2 overall record.

The men did qualify for postseason play, but were ultimately eliminated in the semi-finals of the Eastern College Athletic Conference playoffs by Wentworth Institute of Technology. Although the team lost some of its key senior leaders from last season, they have some good young players coming in to help complement a core group of veteran players on offense and defense. They also have a strong young goaltender in sophomore Jeff Rose, who played well between the pipes last year as a freshman. The Ram’s lost the first game of the tournament to Nichols College in a hard-fought, 4-1 decision. The team fell behind early as the Bison scored a mere 46 seconds into the game. END_OF_DOCUMENT_TOKEN_TO_BE_REPLACED