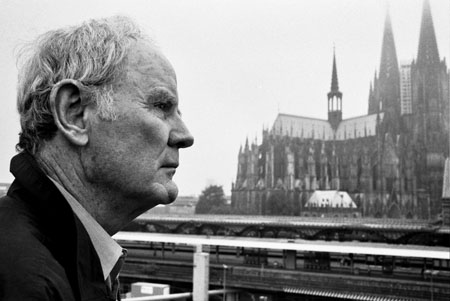 The film touches upon The Roman Emperor Constantine’s conversion to the Christian faith. The film proceeds to illustrate why the Jewish people are held responsible for the crucifixion of Jesus.

The movie projected graphic images at times, but the aspects of faith and politics were apparent.  As it opens in Colorado, Mikey Weinstein, an alumnus of the U.S. Air Force Academy, portrays the pestering that his son Casey, a Jewish cadet, experienced by several evangelical Christians.  Other scenes included the Catholic Priest Carroll tracking down the trail of blood that takes him from Crusades to America’s current foreign policy in the Middle East.

Oren Jacoby, director of the film, interviews residents across Europe, including the Rhine Valley in Germany, Rome, and the Vatican to illustrate how there has been a crusade against the Jewish people from the Catholic Church.

When Mel Gibson’s controversial movie, The Passion of the Christ came out, it hit people in many different ways, but it specifically touched Carroll like no other.  Throughout the film it was clear for Carroll that “a provocative view of Jews as Christ killers was trying to be portrayed.”  He felt that the impact of the Passion resulted in making his film what it is today.

In addition to this, Carroll discusses topics from the Holocaust to the Inquisition and making a journey to Auschwitz. Shockingly, a large cross stands in front of a former concentration camp.  After the film, when asked about the idea, Carroll felt, “it is inexcusable and inappropriate.”

First Run Features and Red Envelope Productions are releasing the film in April, from six to 20 possible theatres.