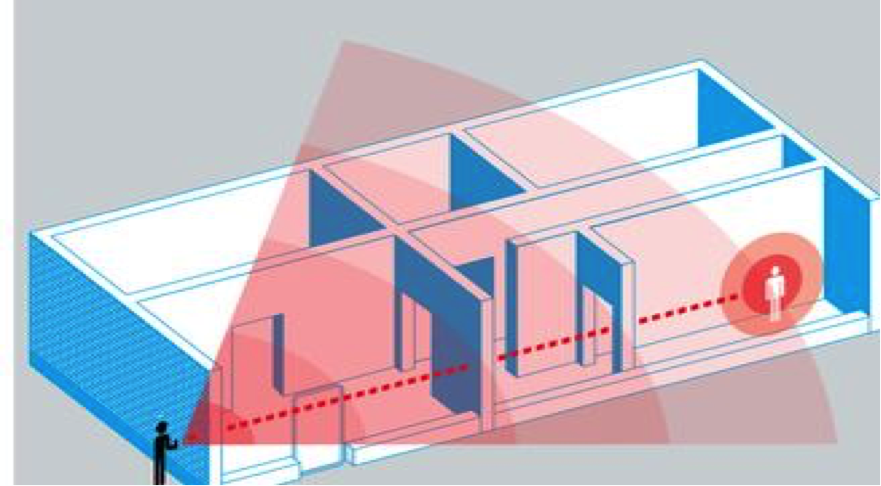 The last thing one should expect when sitting at home with their doors locked and shades drawn is for the United States government to be watching their every move. It’s safe to say that most of us have accepted the fact that advances in satellite technology and high tech video surveillance have given the government the ability to monitor public areas, and in doing so take away from our personal expectation of privacy in those areas. However, our home has always been considered our castle, a place that has always required a warrant for the government to invade, thus giving us an increased sense of security and privacy therein. Nowadays, this sense of security seems to be a somewhat false one.

Our privacy is being threatened by a new technology called Range-R—a high tech radar system that allows law enforcement, through the use of thermal imaging, to peer through walls in order to see how many people are in a home. The Feds began using this technology in 2012 and have spent at least $180,000 purchasing radar devices to date, according to mainstream news reports. Like most invasive measures taken by the government, they failed to notify the public or the courts of their plan to implement its use.  Radar-R only became known to the public after the 10th Circuit Court of Appeals upheld its use after being used by law enforcement before entering a house, without a warrant, to arrest a man accused of violating his parole.

The device is small, hand held, and although it does not display clear images to its operator, it detects even the slightest movement within fifty feet. Radar-R gives law enforcement an incredibly accurate picture of how many people are in a home, where they are in that home, and what movements they are making inside.

Because the Fourth Amendment requires a showing of probable cause before the issuance of a warrant allowing physical entry—or other invasive entry such as wire-tapping—into private homes, it comes as no surprise that law enforcement has been keeping their new toy a secret. However, now that Range–R’s use is public knowledge, a judicial ruling requiring a warrant for its use is arguably highly foreseeable. This is especially true given the Supreme Courts ruling in Kyllo v. United States in 2001, where the use of thermal imaging was held to constitute a search, and therefore require a warrant. However, as of now the use of this invasive technology is entirely legal without a warrant.

Under the constitution, privacy in citizen’s homes has historically been of paramount importance. With a slew of Fourth Amendment concerns presented by the warrantless use of Radar–R, this new technology’s fate will likely be determined in court soon enough. However, the real concern is that the government seems fine with acting secretly and without Constitutional permission or legislative support. It seems that our government would rather shoot first and ask for permission later, a troublesome modus operandi when our privacy rights are on the line.  This being said, it seems as though the government’s blatant disregard for Fourth Amendment protections may slip “under the radar” yet again.